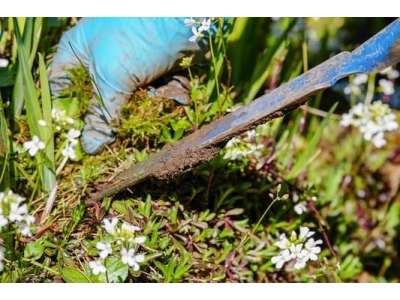 What is the danger of having weeds in the lawn, the most common types and how to get rid of them

One day you wake up, go out to the garden and… there it is.

A dandelion has sprung up in the middle of the lawn.

And while for anyone else it would be a nice thing (who has never blown one of these flowers?), you know that the presence of that dandelion is not a good sign.

Because it means your lawn has weeds.

A problem that goes far beyond aesthetics. And it is that an excess of weeds can become harmful to the plant.

That is why it is so important to keep them under control and, above all, to eliminate them as soon as they appear.

And that is what we are going to explain here.

In this article, we will tell you what are the most common types of weeds and how to get rid of them if they have taken root in your garden.

But let's start at the beginning ...

Why having weeds in your lawn should concern you 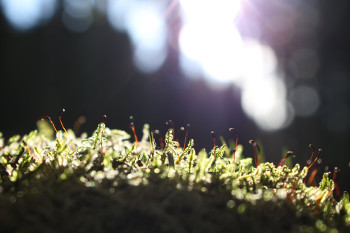 There are many species that can be considered weeds (we will see some of the most common later).

They are generally species that:

In addition, although it is less important, there is also the aesthetic factor.

And maybe having some dandelions or clovers growing in the garden is not so bad. But when it comes to a tuft of Poa or other grasses that appears in the middle of the lawn... things change.

Therefore, it is essential to eradicate them as soon as possible.

What types of weeds can the lawn develop?

To combat them, you must first be clear about how to identify these weeds.

As we said, there are many species that can be included in this category, but we can broadly divide them into two types:

Within this group we find various herbs, including species such as:

They tend to grow in the form of bushes in the middle of the lawn. However, since they are visually very similar to the grass blades themselves, in some cases it is difficult to distinguish them with the naked eye until they have grown quite large.

In this group we include:

These species are usually easier to distinguish with the naked eye.

How to eliminate (and prevent) weeds from the garden

We have already seen which are the most common invasive species.

But what can you do if they have already made an appearance in your garden?

In that case we are going to see the 3 most common methods to eliminate them (and how to prevent them from appearing again).

The simplest solution when you only have a few weeds: put on your gloves and remove them one by one.

Of course, it is very important that you root them out.

Otherwise, the plant will germinate again in the future and will continue to spread across the lawn.

In some cases, when invasive species have become too widespread, the idea is to use a specific tool.

These tools penetrate the soil and extract the plant from the roots.

But if even this is enough (because the weeds have spread too much and/or because the land to be covered is too large) we still have a third option.

Specifically, the ones we need in this case are the so-called “herbicides”.

We can divide them into two types:

There are some broad-spectrum herbicides that allow the elimination of both grasses and broadleaf plants, and which are usually applied as a preventive treatment during planting.

In the case of post-emergent herbicides, it is preferable to use a selective one that attacks the exact variety more effectively.

Herbicides are designed to selectively kill weeds, so they won't affect the health of your lawn.

The best way to avoid problems with weeds in the lawn: proper maintenance 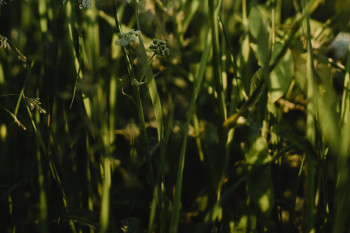 As always in everything that concerns our garden, it is preferable to avoid the problem rather than solve it.

And when it comes to lawns, the best prevention is maintenance.

This is because, normally, the lawns where weeds germinate the most are those that have not received constant care, or that lack some essential nutrients.

Hence it is important:

And if you are still having problems with weeds, you already know that you can contact us for guidance.

At Viveros Gonzalez, we are specialists in everything that refers to plant care (and don't forget that grass is actually a huge plant) and in treating its pests and diseases.

If you have any questions, just get in touch with us by clicking here.

We will be happy to answer all your questions.